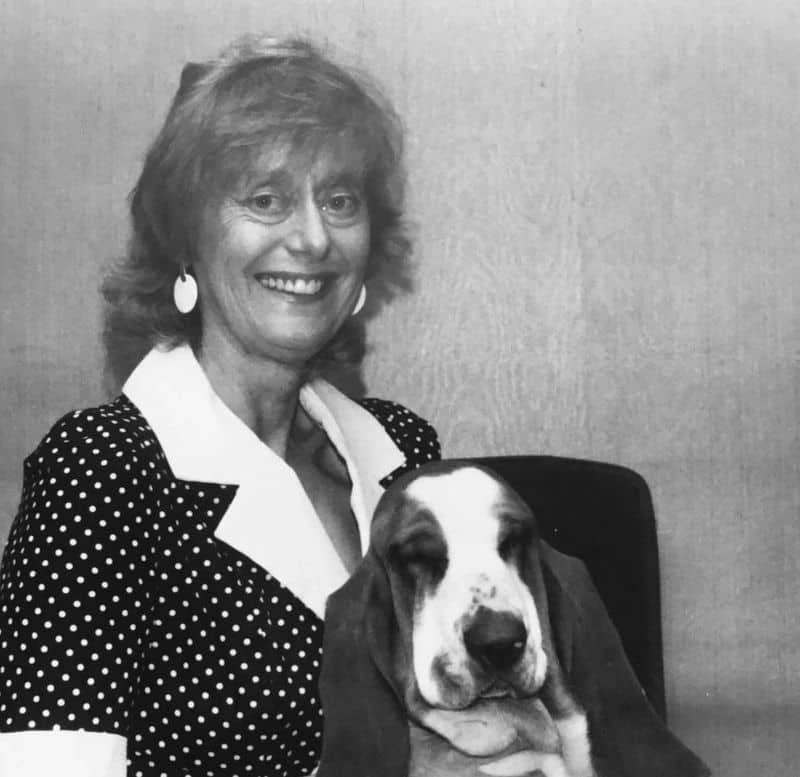 It is with much sadness that we report the recent death of Veronica Ross of the Verwood Bassets at the age of 92. Many members will remember Veronica who was President of The Basset Hound Club from 2013 to 2018.

Veronica was born an only child on 9 September 1928 in Chichester, the family always having Sealyham Terriers. Having finished her schooling, on the invitation of the school she had just left she taught English there for a while after which she ran her own stables in Rottingdean. However, as she always had an interest in clothes and fashion she became a model, working for the well-known agency Susan Small modelling for many up-market names such as Fortum & Mason and Harrods. (I understand that she kept modelling well into her 70s). It was during the time she ran her stables that she met Ian Ross who she married in 1952 following which their daughter Sarah was born in 1953 and their son Jason in 1956.

Having been attracted to the Basset Hound, she acquired her first Basset in 1960 from Beryl Prior: this was the dog Sungarth Quizzical. He was followed in 1962 by the arrival of the bitch Rosscap Orthras from her friend Pamela Cappelli, while the prefix Verwood was registered around the same time. Orthras was to be Veronica’s foundation bitch: from her litter sired by Rowynan Janvrins Destiny, the bitch Verwood Chinook was retained who was the dam of the first Verwood Champion, the dog Mirus, who was born in 1968. Five further UK Champions were made up at Verwood, all of which were bitches. These were Ch & US CH Tal-E-Ho’s Upstart of Verwood (Imp USA), Zonda’s I’m a Muddy Girl of Verwood (Imp Sweden), Raphia, Fresh Lettuce and Kentley Marmalade of Verwood. In addition, 12 overseas Champions were to hold the Verwood prefix.

Veronica judged Bassets several times in the UK and extensively abroad and was honoured to judge Bassets at Crufts in 1992.

It is with sadness that the Basset Hound Club records the death of Valerie Elizabeth Evans who with her husband Trevor played an active part in the Midlands Branch over many years.

Gwynneth, Val’s daughter, has kindly provided some details of Val and Trevor’s activities when they lived in South Africa:

“My parents Valerie and Trevor Evans have been involved with dogs for a long time. When I was very young Val was involved with the SPCA in Edenvale, a suburb of Johannesburg so we were constantly rescuing dogs, cats and horses. Val started becoming involved with Basset Hounds in South Africa, owning two of the first four Bassets to arrive there. They were first owned by Mr M Aantegilvic and then passed onto Val. They were initially exhibited in 1959. The two Bassets were: Ch. Grims Williwaw of Nasdom and his kennel companion Ch Jennifer of Nasdom.

This was the start of her breading Basset Hounds under her kennel name Pevans. Another bitch owned by Val was Ch. Abigail of Pevans. Basset Hound owners struggled to get the breed going and one of Val’s dogs, Ch. Samuel Pepys of Pevans was often the only Basset to be seen at Shows. She was involved with the Basset Hound Club of South Africa and various clubs in the country that had local championship shows, the last club in Grahamstown, Eastern Cape before moving to England with a dog called Tollie (Tolstoy). I do not have information about his kennel name.

Val and Trevor arrived in the United Kingdom in February 1992 and collected Tollie from the quarantine kennels as he had arrived 6 months before they did. It was not long before they became involved with the Midlands Branch of the Basset Hound Club and then continued to attend all the walks, Trevor organising some of them. When Trevor became ill Val stopped attending.

Val felt very honoured to attend both the 50th and 65th Anniversary events of the Basset Hound Club. She valued the friendships she made during her years and often spoke about the times with the Club.“ 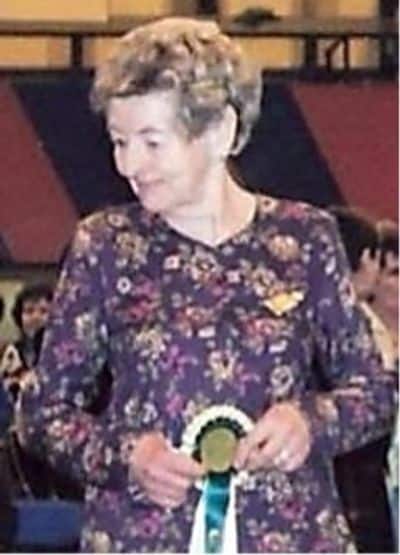 It is with much sadness that we report the recent death of Mrs. Audrey Charman of the Charford Bassets and mother of Mrs Penny Frederiksen, at the age of 91. Many members will have fond memories of Audrey who was an efficient and popular Secretary of the Club at an important time for the breed. Her son-in-law, Mr Randy Frederiksen, has kindly sent the following appreciation of Audrey.

Audrey always had a dog while growing up and that continued into her marriage to RAF Flight Instructor, John Charman.  Mostly they were Dachshunds but in 1964 she purchased her first pet Basset Hound from the Fredwell kennels of Mrs. Joan Wells-Meacham.  After attending a few shows, she was bitten by the show bug but knew that her ‘Sophie’ wasn’t going to cut it. She found a hound from the famous Grims kennels of Miss Peggy Keevil by the name of Kitebrook Banner, a son of one of England’s greatest sires, CH Breightmet Chimer. Audrey registered her new prefix as CHARFORD with the Kennel Club in 1966 as she had acquired Rowynan Nichette from Rosemary Goodyear. ‘Charford’ was a combination of Charman (her married name) and Bedford (her maiden name).

Three UK champion hounds were made up under the Charford prefix: CH Charford Ceilidh, CH Charford Hurtwood Grizette, and CH Charford Claudia at Puckaman, and won many CC’s with other hounds. As her daughter and part-registered owner of the Charford prefix, Penny made up Canadian champions with several other hounds upon moving to Canada.  In the late 1970’s, Audrey fell in love with Whippets and owned several while judging that breed at Open Show level. Audrey had already become a UK Championship level Basset Hound judge and was invited to judge the BHC of Canada annual specialty show in 1982. That was a great day for Ed Smizer whose CH Riveredge Rubella was selected Best of Breed and CH Halcyon Crackerjack, co-owned by Smizer and Gwen McCullagh, who was awarded Best of Opposite Sex. For a time, Audrey was Secretary of the Basset Hound Club and in 1999 was honored to judge Basset Hounds at the famous Crufts Dog Show. 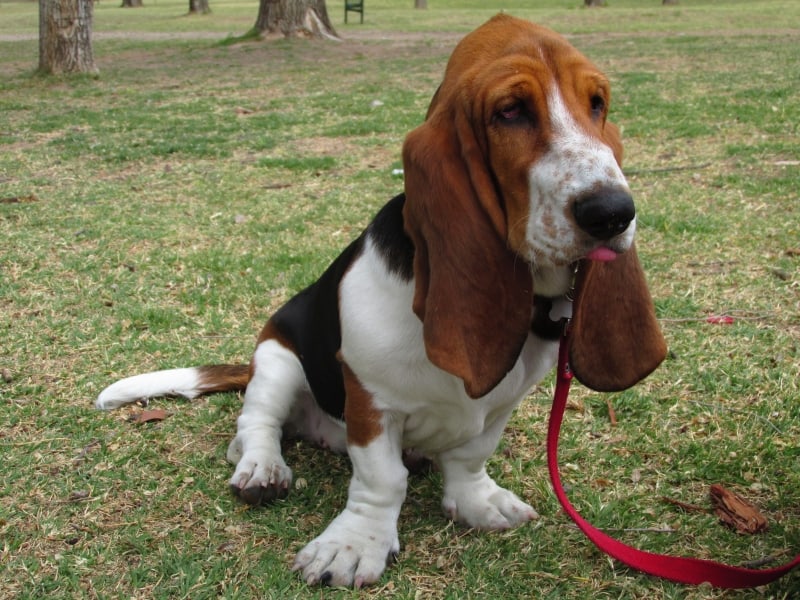